Recent Entries
When even Chris Matthews can't abide the stupidity
The Divine Right of Combustion
The 5% solution (Updated - now 3.75%. Or maybe 0.2%)
Catblogging returns!
Facts are stupid things
Christians and Muslims unite against a common enemy
In case anyone still cares
Like punk never happened
Looking big by acting small
AG: Torture, spying legal if POTUS says it is

Nero's Fiddle
A View From The Handbasket
Gas, guns, God and a free oil change
Posted by neros_fiddle at 2:15 PM 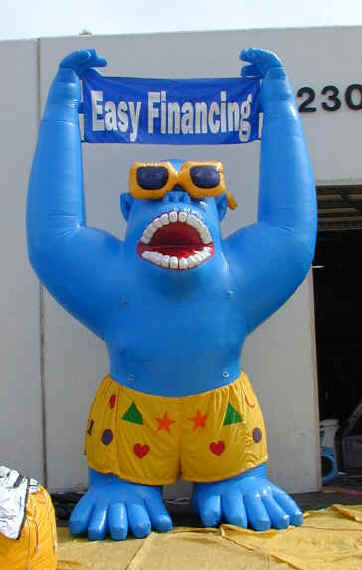 High gas prices and a collapse in the credit sector have combined to make life miserable for car dealers, particularly those who made their living off of high-margin, low-MPG trucks and SUVs. Now that the gravy train has derailed, exploded and contaminated everything in a 50-mile radius, the uncertainty of the future has brought a tinge of wild-eyed insanity to the ad campaigns of some dealers (which were pretty lunatic even in good times).

Take these guys in California who have decided to turn selling cars into a jihad of sorts:

But did you know that 86% of Americans say they believe in God? Since we all know that 86 out of every 100 of us are Christians, who believe in God, we at Kieffe & Sons Ford wonder why we don't tell the other 14% to sit down and shut up. I guess I just offended 14% of the people who are listening to this message. Well, if that is the case then I say that's tough, this is America folks, it's called free speech. None of us at Kieffe & Sons Ford is afraid to speak out. Kieffe & Sons Ford on Sierra Highway in Mojave and Rosamond, if we don't see you today, by the grace of God, we'll be here tomorrow.

While Kieffe and Sons is busy depriving the infidels of their ability to move about and undermine the highways of America, another dealership in Missouri is taking a more direct approach to defending our way of life: offering a free handgun with every purchase.

Imagine what these two could do together. They could even go nationwide and cater to the "warrior for Jesus packing heat" demographic. You may want to take that Flying Spaghetti Monster emblem off your car until some of this blows over.